Naked Juice made a huge contribution to helping the fire fighters.

On Tuesday while doing chiropractic at the firefighter command center set up at the Longs Drugs in Rancho Bernardo, we were told by many of the firefighters that they had only received 2 meals in the past 48 hours. Their meal that they were eating when we saw them, which was the second in 48 hours, was a military M.R.E. 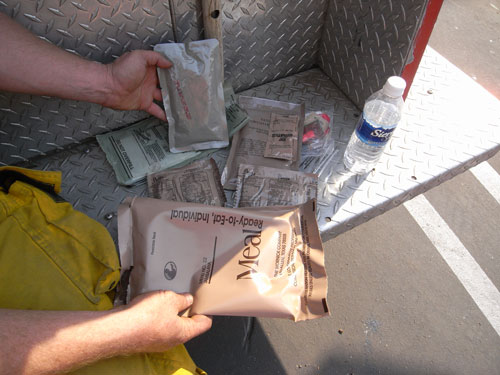 (An actual meal about to be eaten by a guy who said he has only eaten once in the past 48 hours before this.)

That night I went for a walk with my wife on the beach and we talked about it. We decided that number one, I should go back again the next day to do more chiropractic, and two, we should bring some good food. We both agreed that the best thing we could bring would be fresh squeezed juice. While I wrote the blog for the night, my wife went to store to buy $200 of Naked Juice and another brand.

The next day we handed out the $200 of juice within a few minutes. The guys and gals were thrilled. 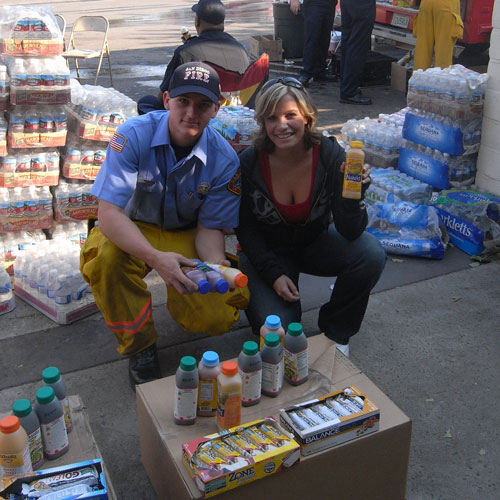 (This is Roseanna giving Naked Juice to a firefighter about to head out!)

On Wednesday as we drove back from the fire zone, I called Jason at Whole Foods market in La Jolla who I have worked with for a decade on all kinds of projects. I asked for the San Diego contact numbers of Naked Juice.

I called the product rep at Naked Juice who was in an airplane back east about to take off. She called me back before she took off and gave me the local number, I apologize but I forgot her name. I called the number she gave me and spoke to Brendon Graham.

I briefly told Brendon the situation and that the San Diego fire fighters needed help, and they needed it now. 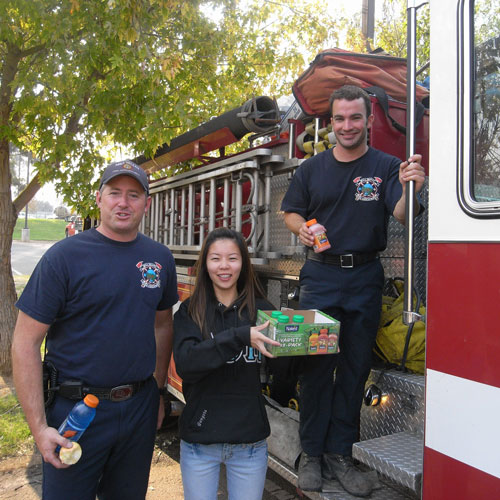 (Cheng Cheng handing out the first of 720 bottles.)

He simply asked me how much? and what size juices? I asked for whatever they could give. He told me to send someone to their Miramar office at 6:00 A.M. and they would load up the back of a truck.

One of our patients, Amanda brought her husband’s pick up truck the next morning, and they loaded her up with 720 bottles of Naked Juice.

We drove the juice to the Kit Carson park where the main FireCamp had been set up. We immediately began handing them to the firefighters who were incredibly grateful. 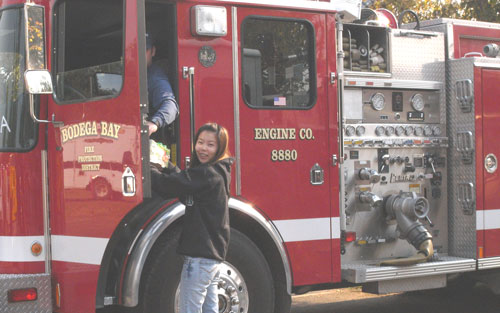 (Cheng Cheng delivering a case of Naked Juice to a happy firefighter.)

Can you imagine either coming back from fighting a blazing overheated fire all day, or on your way to one, carrying a case of icy Naked Juice? Now that is living! 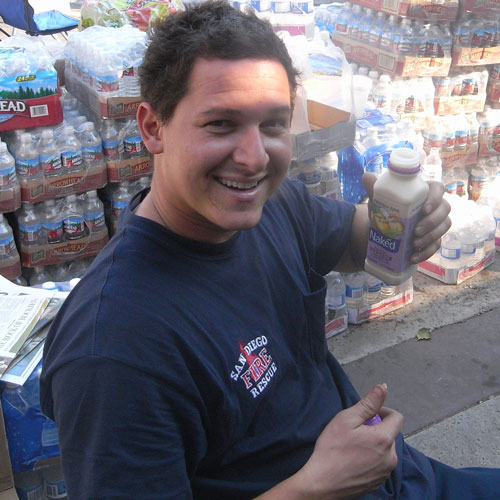 (I’d be thirsty too after facing the blaze!)

Super huge thanks to Brendon, the unnamed Naked Juice rep, and the entire company for producing the healthiest product in the whole world, and making it available without a seconds hesitation to the fire fighters who needed it. 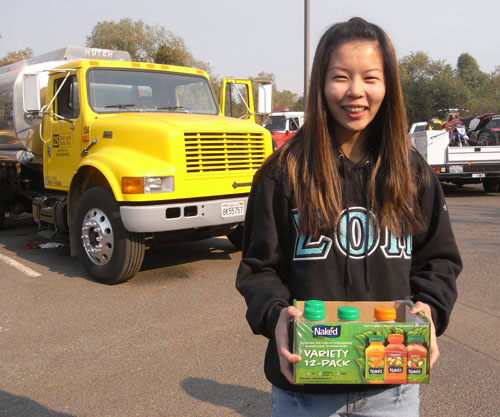 (Cheng Cheng flashing her sorority colors, where she is the president!) 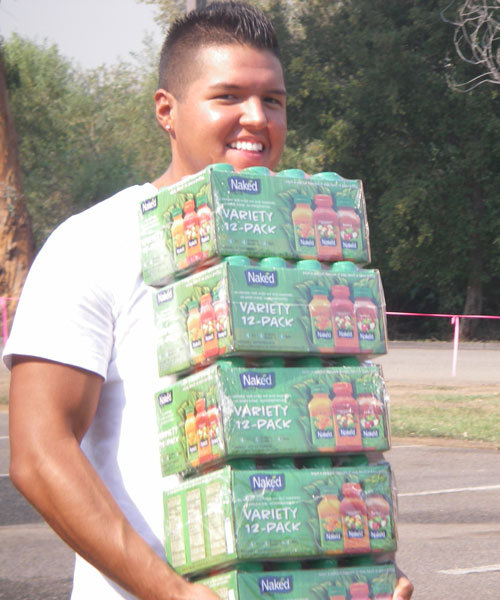 (Hector racing to get them out quickly!)

I have always loved Naked Juice for the tastiness of their product and its health value, but now they have earned my loyalty for their service to man. 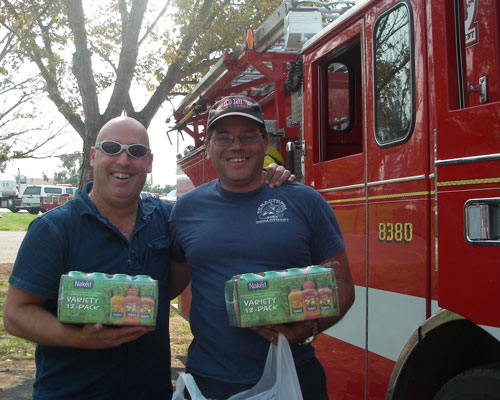 (Me and a happy firefighter.)