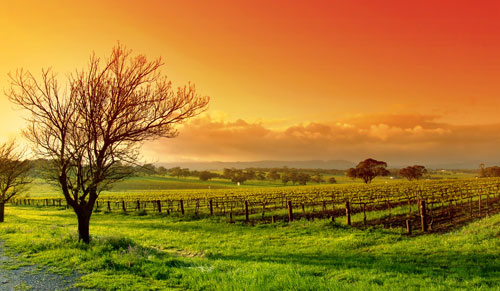 Last weekend I went to wordcamp. (photos and cartoons here) I am not writing this for bloggers, or SEO’s, or internet marketers, although this will probably be read more by them, than by anyone elseâ€¦.for now.

I went to wordcamp to learn more about wordpress, and to meet those involved with it. I have never considered myself a blogger, although I have a blog that I post to frequently. I didnâ€™t understand what blogging was until this past week. I didnâ€™t understand what wordpress was until this past week, even though I can install it, and tweak it a bit, even customizing the PHP that is the heart of what it is. WordPress isnâ€™t a program it is what is about to happen to the world.

The name, I assume chosen by Matt Mullenweg himself could not have been chosen better.
Wordpress.
The name says it all.

The basis of our commerce, of love, of sales, or politics, or entertainment and of hate, is communication.

I have spoken a bit over the years; to groups of thousands of chiropractors of which I am one, to auditoriums of school children, to lunchrooms filled with professors of a medical school, to college graduations, and posted on the internet where I could be read by my fellow message board attendees. I have even written a couple of book. So I have a little bit of experience with this thing called communication. I have been knee deep in it, in fact a few times up over my eyeballs in it.

We all have something to say. Sometimes it is less important and sometimes more important. I once had something to say that was very important to a few thousand people. It was something that one of them in fact told me he almost committed suicide about until he got my message, and then decided not to. To get this message out required me getting the book printed myself. It takes layout, art work, a cover, and plenty of money, even for a small number of books.

I wrote another book about chiropractic and the nervous system that has changed the health of thousands of people. It has funny cartoons in it, written simply with a simple message that helps everyone profoundly that reads it, and I think it has even saved a few lives with that message. It turns out the color pictures are expensive to print, so even when I printed it myself it cost a $100 copy to make.

In other words until now it has cost a truck load of money to get your message out.

I know I am not the only one with these important things to tell the world. I know a man who can teach a baby to be safe in the water, often times a baby only 6 months old, where the baby can be thrown into a pool, and the baby will do just fine. He can teach a one year old who falls off a boat how to survive in the water for hours. When I worked for him I made him promise me that he would get the word out about this amazing skill so others could learn it and lives could be saved. I told him if he didnâ€™t do it within the next 10 years, that I would. He never did.

I know of many countries around the world where the people have been held down by greedy rulers, or where simply the people died because they didnâ€™t know that unprotected sex caused AIDS, or where they did not know how to build a wind powered pump that could bring the water over the hill to the farm land and keep the people from starving. There are those oppressed by evil rulers who take food from charity organizations and sell it on the black market, who donâ€™t know how to form their own groups to protect themselves from their own oppressors.

I am a frequent reader of Matt Cutts who is an engineer at Google. I also got to speak with him at Wordcamp. We talked in private about what Google wants over a Subway sandwich. He told me how years back in the late 90â€™s when he first went to work for Google the core group who mostly still are at Google, went to work there with the purpose of making the world a better place. He says they still have that purpose. If you meet Matt, and look into his eyes, you will believe him too.

I study how to make websites do well in Google with a passion. I have gotten pretty good at it.

Google wants one thing. They make this very clear. Everything they promote works toward this one direction. Every technical piece revolves around this central theme. If you want to do well in the Google search engine long term you must understand this. They want valuable information on the internet, and lots of it! They want little granny scratchy pants to be able to figure out how to knit a k2 rib stitch, or for murderous muscled Mike to be able to find out what the size of the carburetor choke plate for a 57 Lincoln Continental is.

But we are not quite there yet.

If you search the internet you wonâ€™t find the above very easily. You can search for the above, and you will come up with mostly pages with just enough information on them to rank well in the search engines, covered with adds trying to sell you something. That selling part is just fine with me. What makes me sad though is that after all this time of the internet being around that there is still so little real content. I am talking about the kind of content that could change the world, or at least teach you how to make your own water pistol out of wood or make a kite that flies higher!

Social change for the better comes about because of better and better information. If the blacks who lived in South Africa had known all the information available to European whites, how to make guns, how to farm, and how to build ships, I donâ€™t think apartheid ever could have started or lasted so long. If the billions of Jews of Europe in the 1930â€™s could have followed the stories of thousands of their religion across Germany and Poland as one by one entire villages were liquidated, would they have ever gotten on the trains so peacefully? Could Russia or China have held such a strangle hold on its population for so long if the people had gotten the full message, organized and indexed by Google? Could our own leaders in the U.S. confuse and mislead us if we had the full story of our economy, of the middle east, of the drug and tobacco companies?
I donâ€™t think so.

The more freely information flows from each of us to the other the harder it becomes to harm any one of us.

At wordcamp I heard debate about whether bloggers are journalists, or what is the future of mainstream media. My answer is, it doesnâ€™t matter. The game is over and the average guy has won. The media as we know it is disappearing faster than the next â€œIâ€™m a Barbie Girlâ€ can load and the average American hasnâ€™t even seen it coming yet. I watched T.V. news today, just to see what it was like. There was a guy, talking about something he had been told about by another guy, who was told about it by someone who saw it. This is exactly what we do, but we do it with very little cost or overhead, and we often talk about what we saw or thought ourselves.

I met a bunch of the guys who are wordpress now. Matt Mullenweg formed a for profit corporation called Automattic. It gives me goose bumps to think of these guys and what they are going to do over the next 20 years. They are each and every one of them, respectful, intelligent, and well mannered. Many of them had never met anyone else on the team before wordcamp, and had been working truly remotely, conducting all of their business and interaction online. There is a book itself just in how Matt gathered this group together from the corners of the globe without even meeting all of them first.

Itâ€™s not often that you get to be in the presence of something so young, that you know will grow to be so powerful, let alone something so pure and so good. It was like watching a baby race horse who has just learned to stand up. I was graced just to be in the presence of these guys and will be excited to watch them change the world and I will help in any way I can.

All of us, us bloggers, we are changing the world. We are telling stories of things we have seen, of how to swim faster, plant olive trees, and dispose of unexploded bombs. People read our blogs on their phones. I have even written blogs from my phone while driving down the highway and on New Years Eve while sitting quietly on the toilet. The world has changed. The information is being let loose, and no one can stop it.

True democracy is finally spreading. Soon, each of us on this planet will have access to the same information, and the ivy will fall off the brick walls of the hollowed institutions of higher learning. With this will come groups without borders, instant access to the wisdom of the centuries, and the true freedom that comes when the lies of the world are exposed. I am proud to be part of this, and it gives me a great calm to know that because of all of this the world will become the place that we have all dreamed of for so long. I am ready to watch the information flood gates open, and pour out all over this beloved planet of ours! Click on Login, Click on Write, and Bring it on.

Here is a transcript from Matt Cutts talk on WordPress and SEO at Wordcamp July 2007.

18 Replies to “Two Matt’s, Google, WordPress and a Revolution”